A data breach, or data leak, is a security event in which protected data is accessed by or disclosed to unauthorized viewers. A data breach is different from data loss, which is when data can be no longer accessed because of hardware failure, deletion, or other causes. Protected data can include information about individual customers, or employees, such as personally identifiable information (PII), personal health information, payment card information, and Social Security numbers. It can also include corporate information or intellectual property (IP), such as trade secrets, details about manufacturing processes, supplier and customer data, information about mergers and acquisitions, or data about lawsuits or other litigation.

Data breaches are not always intentional. Users can accidentally send protected data to the wrong email address or upload it to the wrong share; in fact, mistakes account for 17% of breaches, according to the well-known Verizon’s 2018 Data breach investigation Report. But the report found that most breaches are deliberate and financially motivated. While different methods are used to gain access to sensitive data, 28% of breaches involve insiders, according to the Verizon report. 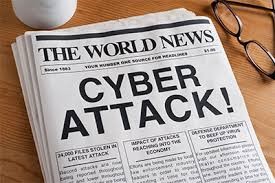 In 2016, Yahoo estimated that over 1 billion user accounts might have been compromised in the 2014 breach. Later, in 2017, it admitted all 3 billion of its user accounts had been hacked. The breaches involved the theft of user account details such as email addresses, telephone numbers, hashed passwords, dates of birth, and, in some cases, answers to security questions. Fortunately, no payment information, such as credit card numbers or bank account details, was stolen.

When it disclosed: September

In conclusion, we can say that we read frequently about personal data breaches. One of the recent ones happened on German politician’s data. Data breaches might sap our companies and our digital identities, regulations have been made trying to normalize and to block breaches, but unfortunately in 2019 is still easy to get random personal data out of the internet. The main reason for vulnerable websites is un-patched software versions.

Here are a few things that can help you

Thanks for reading!! Contact Mirketa if you need a consulting on how you can protect your websites and application data.