With modern cloud architecture applications are now decoupled into smaller, independent building blocks that are easier to develop, deploy and maintain, but the applications should also deal with connecting system components for the seamless flow of information among these components. 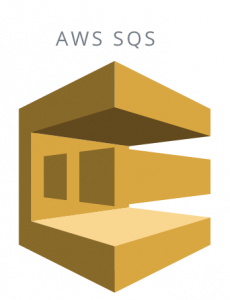 The message queue is a powerful way of combining application components. Message queue not only simplifies the coding of decoupled applications, but it also improves performance, reliability, and scalability.
Message queues allow different parts of a system to communicate (send and receive messages) and process operations asynchronously by providing a lightweight buffer to store messages, and endpoints temporarily. A message is sent to the queue by a component called a producer and it is stored in the queue until another component called a consumer retrieves the message and processes it.

This messaging pattern is often called one-to-one, or point-to-point, communications because many producers and consumers can use the queue, but each message is processed only once, by a single consumer.

What is Amazon SQS?

Amazon Simple Queue Service (SQS) is a secure, durable, fully managed, and available hosted queue that offers to integrate and decouple distributed software systems and components by allowing transmitting data between distributed application components. SQS eliminates the complexity and burden associated with managing and operating message-oriented middleware and empowers developers to focus on differentiating work. Using SQS, messages can be sent, stored, and received between software components at any volume, without losing messages or requiring other services to be available.

Message queue plays an important role in a distributed system for communication and coordination among components. As you saw Amazon provides one such service called Amazon SQS which is intended to provide a highly scalable hosted message queue. Apart from the benefits, it provides like scalability, security, etc, it also provides two types of queue well-suited for different use cases.